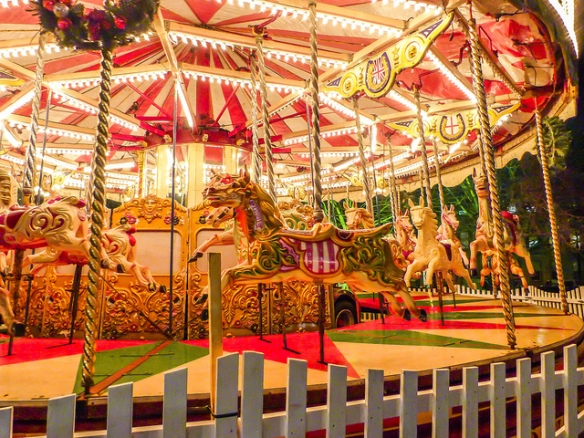 In pointing to the truth, we often need helping hands from one another to grope toward the light; this morning I’m going to open with a passage from the newspaper, this columnist Peggy Noonan talks about the events of this past week better than I could put them myself, and so I cede the pulpit to her for a moment:

When news broke at Christmastime five years ago of what had happened at Newtown a friend, a news anchor, called and said with a broken voice: “What is the word for what we feel?” I thought for a moment. “Shattered,” I said. “We are shattered, all of us.” When people in ensuing days spoke of what had been done to the little children in the classrooms, I’d put up my hands and say no, we can’t keep putting those words in the air, we can’t afford it. When terrible images enter our heads and settle in, they become too real, and what is real is soon, by the unstable, imitated, repeated.

When Columbine happened in the spring of 1999, it hit me like a wave of sickness…

We were bringing up our children in an unwell atmosphere. It would enter and distort them. Could we turn this around?

And here is the horror for me of Las Vegas: I was not shattered. That shatters me.

It was just another terrible story. It is not the new normal it is the new abnormal and deep down we know it’s not going to stop. There is too much instability in our country, too much rage and lovelessness, too many weapons.  (“The Culture of Death–and of Disdain” Peggy Noonan, WSJ, Saturday/Sunday, October 7 – 8, 2017)

There was a landowner who planted a vineyard, put a fence around it, dug a wine press in it, and built a watchtower. Then he leased it to tenants and went to another country. When the harvest time had come, he sent his slaves to the tenants to collect his produce. But the tenants seized his slaves and beat one, killed another, and stoned another. Again he sent other slaves, more than the first; and they treated them in the same way. Finally he sent his son to them, saying, ‘They will respect my son.’ But when the tenants saw the son, they said to themselves, ‘This is the heir; come, let us kill him and get his inheritance.” So they seized him, threw him out of the vineyard, and killed him. (Matthew 21:33-39)

The world is overflowing with violence. Death begets more death. Fear and disdain and oppression give rise to yet greater division, suspicion, and anger. There’s Sandy Hook, Aurora, Virginia Tech, Charleston, Gabby Giffords, Paris — the cycle we have seen more times than we can easily recall is played again in our Gospel lesson this morning, and as the columnist states, we know, deep down, will continue to repeat itself — round and round and round. How do we get off of this ride?

There is much good work to be done in the courts of justice, the halls of legislature, police stations, community groups, and on your very own neighborhood block, but these good works are not the ultimate answer. To think that we can right the ship ourselves if we just put our backs into it is to fall square into the problem of pride which pesters the tenants in our parable this morning. Whatever your profession or income bracket, your employment status or political commitments, whatever the color of your skin or even the content of your character, there is only one who brings relief and salvation, only one who can turn this world around, only one whose answer to violence and death, division and destruction, fear and anger, is different from all the others, and that difference is the truth.

“The stone that the builders rejected

has become the cornerstone;

this was the Lord’s doing,

and it is amazing in our eyes”

The answer is not more of the same: more defensiveness, more division, more quarreling and violence and isolation, but exactly the opposite. The Rock of Ages which has been thrown out and judged not worthy for holding up the world’s impressive ediface is Jesus Christ, the Word of God incarnate, and his truth is the foundation of his kingdom.

Jesus Christ walks straight into the face of death, Jesus Christ traverses the path with those who suffer, Jesus Christ brings together all different sorts of people for the richness of his kingdom.

Jesus Christ calls all people to join him in this work by refusing the lies of division and superiority, by witnessing to suffering with compassion and determination rather than putting our focus elsewhere, by staying with the dying and the oppressed even when all others flee and evil comes near and threatens to snuff out the light.

Over the last several weeks we’ve been hearing Paul’s proclamations from prison; his words are so full of hope that it’s easy to forget he writes from chains and is facing imminent death. Today’s passage adds insult to injury, as it were — first Paul talks of all the material advantages he had when it came to getting ahead in life, from the right sort of family, with educational pedigree, all the appropriate cultural boxes ticked, all the societal hoops jumped through — and yet, he threw away all this accomplishment when the truth of Jesus Christ was revealed to him. He used the privilege he’d been given, the assets he’d grown up with, the power he possessed, not for the sake of moving himself up, or for keeping himself comfortable, or for getting into the backrooms of the Roman world, but he burned up his diplomas, he effectively threw away his rolodex of names and secretes, he renounced the seat of worldly power that was his birthright.

He did this so that he, too, could walk straight into the face of death, so that along with Jesus, he could look compassionately upon those people who suffer, so that with Jesus at his side, he could be a companion with those who walked through the valley of the shadow of death. He helped immigrants. He witnessed illness and pain, he did not flee when evil threatened to overtake him.  “I want to know Christ and the power of his resurrection and the sharing of his sufferings by becoming like him in his death,” Paul says, “if somehow I may attain the resurrection from the dead.”

But to keep readers then and now from thinking that he’s some great spiritual genius, unshackled by temptation and untouched by desperation, he cautions,

“Not that I have already obtained this or have already reached the goal; but I press on to make it my own, because Christ Jesus has made me his own. Beloved, I do not consider that I have made it my own; but this one thing I do: forgetting what lies behind and straining forward to what lies ahead, I press on toward the goal for the prize of the heavenly call of God in Christ Jesus.”

Brothers and Sisters, here is my challenge. Whatever else you do, calling senators or feeding the undocumented, teaching your children kindness, or sitting with the sick, pray, too. And not just “sending thoughts and prayers,” or reading God a laundry list, but I challenge you to pray this very passage 7 times this week. Read Philippians 3:12-14 with God as you wake or as you drift off, as you eat your sandwich at noon or as you unwind with a drink in the evening. Just read these 3 verses 7 times in 7 days, ask God to help you to strain forward toward what lies ahead, whatever that may be, and to give the courage and compassion to press on toward the goal for the prize of praising God in Jesus Christ.

1 thought on “Sermon: Get Me Off This Ride”