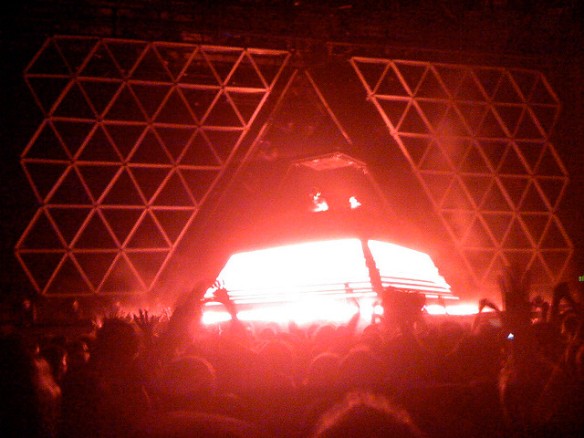 I heard a story this week that has been haunting me ever since. It wasn’t the contours of the story itself, or the characters in it, but what I wonder the story might reveal about how we humans tend to be when left to our own devices, and by extension, how it is that God through his revelation in Jesus Christ calls us to live as his transformed creation.

So it’s the story of a girl in the punk rock scene in Richmond, Virginia. I didn’t even know there was still punk rock, and I surely didn’t know there were enough people in Richmond who into punk rock, or what’s sometimes also called “Hardcore” music, in order to form a group or a scene, a subculture. But! Surprise, there are. Here’s what happened.

This woman who is about my age felt like she never fit in growing up. She tried on lots of masks, her mother had her involved in toddler and preschool beauty pageant life; she rebelled against that by turning to loud, angry music, the punk scene, finding an outlet for the frustration she felt at not belonging in the larger society. It wasn’t a common place for a young woman to be hanging out, it was a group mostly of men, and at least once her gender was a liability, as many men didn’t think that women belonged there. But as she grew more entrenched in this new family and spent her nights building relationships with her fellow misfits, she saw the scene shift, with more room for women, and with more voice for the power dynamics that she felt had held her back. She became a star in this scene, writing and performing her work, she was famous as an activist for equality and for just and dignified treatment of women in punk culture.

I was so struck by the way that she talked about the moral code that punks hold themselves to; she repeated a saying many times, “punks are better than that.” I was intrigued by this strong sense of justice and of holding members of the community accountable for their actions. That’s something she saw as a big part of her work in performance and using her voice to enact more just treatment for everyone. And then she had a downfall.

It came out that back in high school she’d been a bully to other girls, a “Mean Girl” if you will. This revelation toppled her place in the punk family; she was thrown out of the community, a lot of mean, hurtful, damning things were said online about her, she was banned from clubs and hangouts, she talked about feeling like she couldn’t go outside, couldn’t even go to the grocery store for fear of seeing someone she knew and being bullied herself.

But still, she didn’t abandon the values she’d taken on when she joined the punk community as an adolescent. She was in pain and felt alone, but she understood this as the wages for her behavior. She knew that she was in the wrong, and that the pain of isolation was her own fault. Out of her remorse she reached out to those whom she’d wronged half a lifetime before and apologized. Her victims knew she meant it, and yet, because forgiveness was not written into this code, there was no way for her to be reconciled with this community that had become her family, her identity; she was still alone.

As I listened to this story, I couldn’t help but think about how sad it was that there was no grace, no forgiveness, no peace offered in this community, their overarching principle was, “Follow the rules, or else.” And while this woman longed for acceptance, she knew she didn’t deserve it, she didn’t measure up, and so she just lived with her pain.

The transforming work that pain can do was a big theme in this story, too, how looking our sins and bad behavior in the face can just about tear us apart, but that it is by turning our gaze toward our own darkness that we shed light on our sin and then we can begin to be changed.

Ephesians puts it this way in our reading this morning, “And you were dead in the trespasses and sins in which you once walked, following the course of this world, following the prince of the power of the air.” Just like this young woman lived in a world that told her she was unworthy of forgiveness and she believed it, we live in a world that tells us lies too. I don’t know the particular brand of falsehood that haunts the corners of your mind, or the voices that whisper stories in your ears, or the visions that are presented to you about who they think you should be. But I do know that we all are susceptible to the prince of the power of the air.

Let me turn now toward the true story, the only story that has bearing on our lives, The Story to which each of us, to which all humanity and all creation, belong.

On Good Friday, the body of Christ, the body of the church, hung on a cross, suffering, isolated, shamed, the object of great anger — no grace, no forgiveness, no peace. And what did Pilate say to get Jesus there? “I was just following the rules.” In following the rules set up by the corrupt authorities, and by the lie-telling powers of the air, and by the prince of darkness, Jesus was murdered. Sin is what killed Jesus.

Pilate is an important part of our story; indeed, we mention him each and every week that we gather together when we say the NIcene Creed, when we tell the story of our faith with our words in unison. As Pilate washed his hands of Jesus’ trial, he said, “I was just following orders.” I’m struck that this is the same thing that guards at concentration camps said to defend themselves during the Nuremberg Trials in the late 1940s. Just like Pilate and just like the guards, we’re often tempted to say, “I was just following orders,” when really what we mean is, “I know that this is wrong, but I’m too afraid to do what I know is right.”

It’s the same thing that happened to the apostle Peter when he denied Jesus three times, and it’s the same temptation that Jesus faced when he was in the wilderness; it’s even the same thing that Eve and Adam said when God found them eating the forbidden fruit. “Well, this serpent gave it to me…” “Well, this woman gave it to me…” We, too, are tempted to bow to the prince of the power of the air, to refuse responsibility for our own actions, to pass the buck and to let someone else take the blame, let someone else shoulder the burden.

I pray that God may give courage to his church, and to each one of us to ask in what way we ourselves might be saying, “I’m just following orders.”

But the story is not over yet, it keeps going. Night fell on Good Friday, and the day turned to Holy Saturday. Likewise, when we turn toward the the death which trespasses and sins, and the way that we walk in the course of this world damns us to undergo, we’re led through it, painful though it may be. We walk into the desolation and stillness of the valley of the shadow of death, the valley of dried up bones, the detritus of our lives, the littered shards of our own sense of righteousness and justice, of our own pride and misplaced hope, of our own sense of security and our own sense of power. The stories we’ve been listening to, the lies we’ve built our lives on, the falsehoods that we’ve clung to, when up against the truth of death, they produce the broken up vision that we’d had for our lives, we must look at the dashed dreams and hazy, now-impossible pictures of the future that taunt us.

You may walk through the valley of the shadow of death, you may traverse the gully of dried bones, but you do not do it alone. God the Good Shepherd, God in Jesus Christ, who has himself experienced death, desolation, and abandonment, he promises to go with you. And as God goes with each of us and with our communities through the death we heap on ourselves and on our loved ones, and on our neighbors, whether they be in the house next door or the country next door, just as surely as Saturday night turns into Sunday morning, redemption comes.

The way that our community, our subculture, is different from the world’s culture and from the punk culture, different from the lies and falsehoods of the prince of the power of the air is that grace and peace, forgiveness and reconciliation, redemption and release through Jesus Christ are our foundation. This community and the church throughout the world is founded on truth, and only truth.

Christian life is not the absence of pain or suffering, the avoidance of desolation or darkness, but the gift of faith that light overcomes darkness, that pain and suffering are ultimately transformed into joy and peace, that death never has the final word.

So we have something to learn from the punks, who do not shy away from telling the truth, from calling others to account, from facing up to their own sins. But we add to it the grace which we read in Ephesians and throughout all of Scripture, that as we face our sins and darkness, as individuals and families, communities and countries, we are redeemed, forgiven, gifted with grace to love well, to turn from our sin and to live in the humble and freeing exposure of God’s great light that is Jesus Christ. Amen.

1 thought on “The Light of Grace”