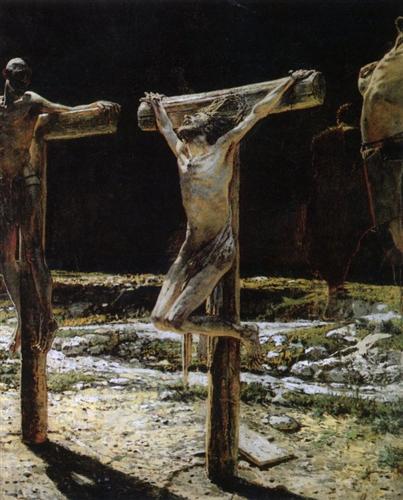 I offer this afternoon a few pieces of art for contemplation, instead of the usual trappings of my happiness lists.  These efforts have invited me into the drama, depth, and grace of Holy Week in a new way this year, for which I am grateful. END_OF_DOCUMENT_TOKEN_TO_BE_REPLACED 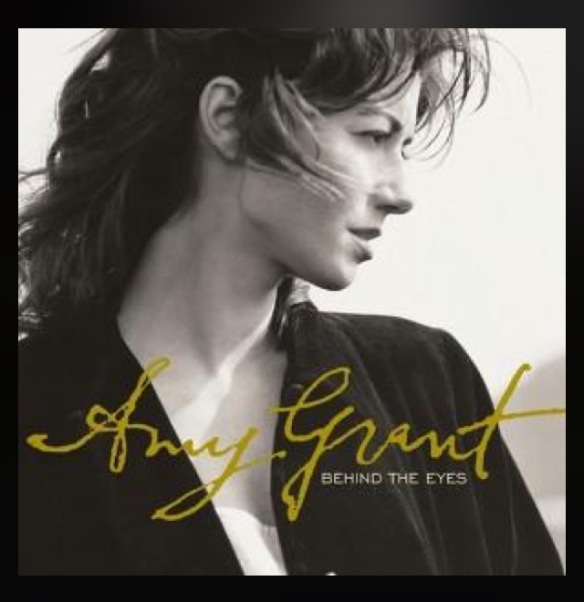 Two thoughts:
1. Countless hours were spent blasting this from my CD stereo in the driveway, while I choreographed dance routines on my Roller Blades.  So you think you’re a child of the 90’s?

2. Almost 20 years ago, these words reminded me that everything in my adolescent life would be okay, they were my rosary.  Now, they speak to this young woman’s heart, reminding me again how long and slow life sometimes seems, and that maybe that’s a good thing. 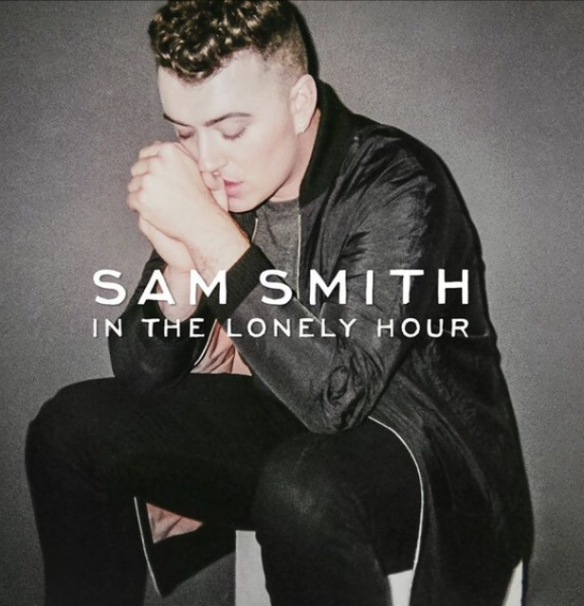 This man’s music has been the soundtrack to an intense week.  Having started listening to him (inspired by NPR) when I was traveling this summer, his music is an instant pick-me-up.

2. the lemon gingertini.  Clearly, inspiration lurks everywhere: after sampling this cocktail at LAB last week, I came home and immediately bought an intense amount of ginger to recreate it.  Here’s the recipe I’ve settled:

0.75-1 oz ginger syrup (1 cup water, 1 cup sugar, about 10 inches chopped fresh ginger–in a saucepan on medium head.  Let the sugar dissolve, then let the ginger steep for 45 minutes or so–low or no heat–and strain.  Keep in the fridge) 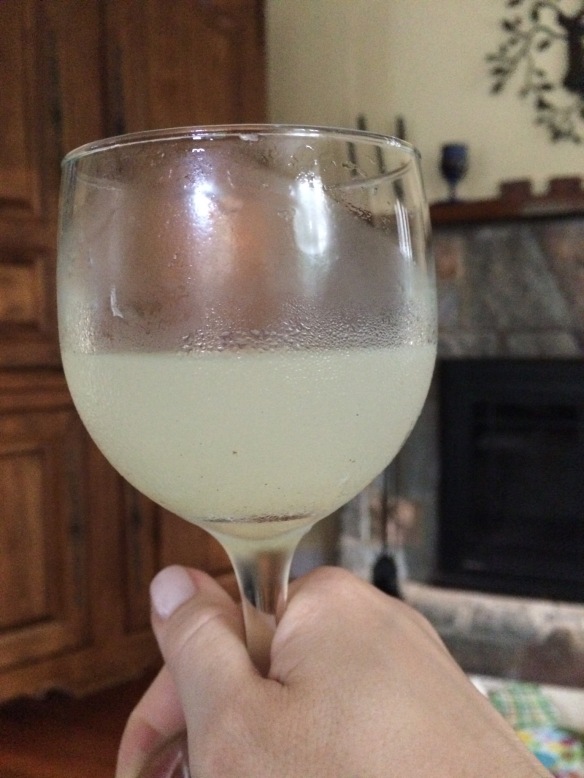 3. The intense week.  This was my favorite.  Truly.  I had super meaningful breakfast, lunch, coffee, and dinner dates with dear people who challenge and inspire me; they remind me that I do this work because my deepest joy is listening to God with others.  As I told one of them, “If I didn’t have a job, if I wasn’t paid, for fun–I’d just make lunch dates with friends and hear about what God is doing in their lives.” 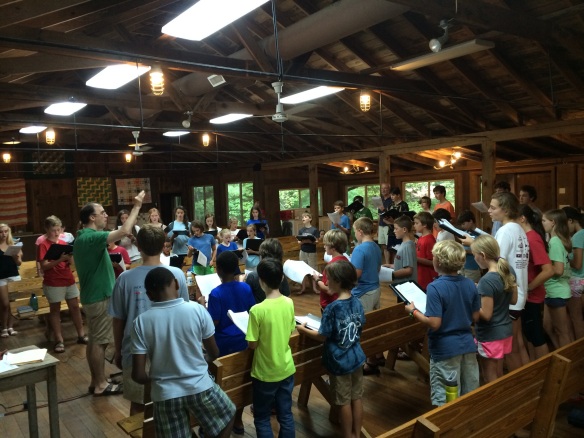 Choir Camp is still knocking around in my head and heart, I couldn’t help but write more about it!  Today, I reflect further on how God is at work in Trinity’s Choirs of Boys and Girls over on Covenant, The Living Church‘s blog. Check it out here!

May we join our brothers and sisters throughout time and space in the holy journey of Lent, inspired, perhaps, by this poem composed by our great brother, Gregory:

The glory of these forty days
We celebrate with songs of praise;
For Christ, by Whom all things were made,
Himself has fasted and has prayed.

Alone and fasting Moses saw
The loving God Who gave the law;
And to Elijah, fasting, came
The steeds and chariots of flame.

So Daniel trained his mystic sight,
Delivered from the lions’ might;
And John, the Bridegroom’s friend, became
The herald of Messiah’s Name.

Then grant us, Lord, like them to be
Full oft in fast and prayer with Thee;
Our spirits strengthen with Thy grace,
And give us joy to see Thy face.

O Father, Son, and Spirit blest,
To thee be every prayer addressed,
Who art in threefold Name adored,
From age to age, the only Lord.

Sunday mornings are rough.  Getting the kids up, fed, dressed, hair-combed, and out the door (or, if you don’t have kids, doing the same thing for yourself, after your Saturday night…).  When you get to church, don’t you just want to park it in a seat?  Why do these cruel Episcopalians and Roman Catholics (and others) make you stand, and then sit, and then kneel, and then stand again, and then kneel again?  Add in crossing yourself and bowing–if you’re the CrossFit type–and it’s practically a full-fledged work out before noon on a weekend!

Firday night, I visited our girls’ choir rehearsal.  It’s been almost 15 years since I attended one of my junior high choir rehearsals, but when the choirmaster gave the command to prepare to sing and poised his fingers above the keys, my spine involuntarily straightened and my lungs filled with air–and then I reminded my body that I wasn’t part of the choir.  I’ve been out of a choir longer than I’d ever been in one, and yet, dear Mr. Johns, our music teacher, had so drilled into his students–at least me!–the importance of posture in singing, that when my body was put in the same kind of environment again (not in a physical sense, as we were in the cathedral and not an old high school great room; but in a psychological–and spiritual–sense), it still responded the same way.

Early Friday morning, I’d taught a Men’s Bible Study (the new priest gets invited to visit everywhere, without regard for gender!) on the Psalms.  Explaining the five-book structure of the psalms, we turned to the end of 72:

18 Blessed be the Lord God, the God of Israel,
Who only does wondrous things!
19 And blessed be His glorious name forever!
And let the whole earth be filled with His glory.
Amen and Amen.

20 The prayers of David the son of Jesse are ended.

When I started reading verse 18, my right hand had an insatiable urge to reach up to my forehead.  What I mean to say is that I had said and heard “Blessed be the Lord God, the God of Israel” at the beginning of the song of Zechariah (Luke 1:68) so many times (it’s used at the service of Morning Prayer in the Book of Common Prayer) that my body, and a piece of my mind, forgot that wasn’t the same environment–in Morning Prayer, when we begin to say Zechariah’s song together, we cross ourselves, because it is a New Testament canticle (song/psalm).  My body is learning the same involuntary response to God’s Word that it learned in response to the prepare-to-start-singing command from junior high.

Episcopalian (or Roman Catholic, or other) gymnastics trains our bodies, minds, and souls to have a particular response when holy things happen–when holy words are said, when we ask the Holy Spirit to come into us afresh, when we admit that we’re sinners dependent on God’s mercy.  These actions, which are the most important things we do all week, train us to recognize those moments and to respond to them appropriately–with reverence, with fear, with joy, with attention. 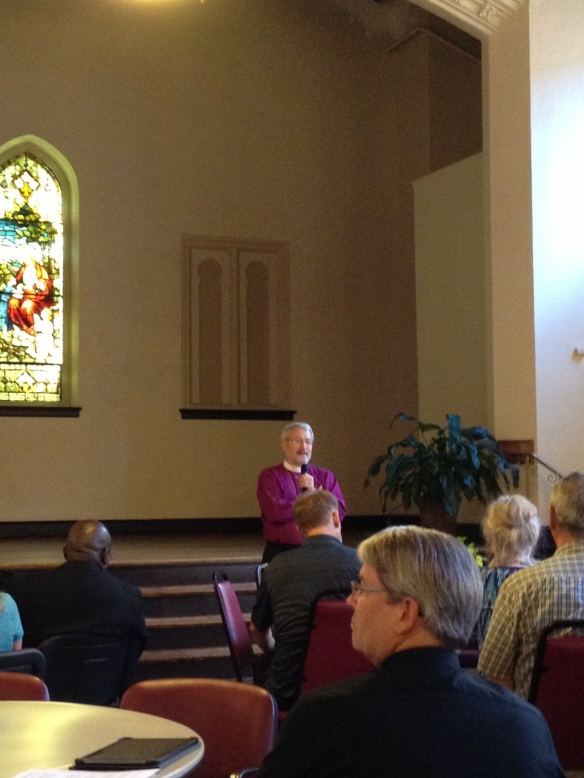 Bishop Waldo quotes Thomas Morely:
Worship is to “…draw the hearer, as it were, in chains of gold by the ears to the consideration of holy things.”

Sky’s out, thighs out.
Sorry @crumbandkettle_dfw my preschooler did you one better on the take-and-bake cinnamon rolls. How did you not think of sprinkles?!?! 🤣
Oops.
10am, @staugustinesoc Facebook live — we’re headed to PARIS. shout out to @terrimaus for the skirt, FIFTEEN YEARS AGO 💛💛
@alundewhitler best advice I’ve ever received (breakfast after a night of teething. Not mine). While reading an article on comfort food.
Apparently, every decade or so, I chop my hair and take a profile pic with attitude. That’s what I call reliability.
Today’s act of resistance: I ate my damned breakfast despite children yelling for me. #selfcare
Sometimes the price of eating lunch is REALLY HIGH.
When you’ve been a very good mother @frenchbroadchocolate
I dunno about you, but I’m taking this faux “Trip to France” super seriously. French-themed jewelry, actual bag I actually took to France in 2014, might even take a cigarette break before I start teaching at 10am. DM for zoom link or check it out on FB live!! #hyldengrandtour2014
Yes, I did. “Heart’s Caress” @dazzle_dry @clergycollarproject @collaredchicks
2 batches hamburger buns, coffee cake, 2 loaves bread, rock cakes, pita bread dough. Somebody’s stress baking.

hope of things not seen
Blog at WordPress.com.