as I spent Monday morning sleeping the weekend off (in a facilitating-a-junior-high-retreat way, not in a Duke-girl-socialite way), my dear husband ran to CVS to buy more Allegra-D (the only way to survive autumn in South Carolina) and then sat in the next room, reading “his friend” (we use this phrase very liberally in the Hylden household) Rod Dreher’s blog.  When I awoke at noon (maybe I’m becoming the junior-highers with whom I spent the weekend…), I checked my email and found this excerpt:

“I started it on Sunday September 3. Here’s why I bring it up now: I found that after doing without wheat, corn, rice, and potatoes, the mono symptoms had dramatically declined. Not gone away, but gotten a lot better. Normally I have constant inflammation in my nasal passages, and feel worn down, as if my body were doing all it could to fight off an invader. That still happens, but not nearly as often. Every day I was having to take a nap several hours long, in the middle of the day. I’ve only had to do that once since I began this diet. I even noticed that symptoms of Raynaud’s Syndrome, an autoimmune condition with which I was diagnosed six or seven years ago, have become milder.”

While his wife was starting up the seasonal sudafed regimen and sleeping several hours in the middle of the day (of course, those two alone are probably related), Jordan stumbled upon the witness that broke the camel’s back.

I’ve been wondering about the relationship between gluten and autoimmune diseases for years (having activated my Rheumatoid Arthritis about this time of year 13 years ago), and toyed with going gluten-free two or three years ago.  In the end, my passion for baked goods, pasta, pizza, and all the good things in life (even a burgeoning affinity for beer) won out over trying a lifestyle without wheat.

The voices in my head of my doctor-father and my common-sense-filled (child-of-a-farmer) Midwestern husband, had helped my rationalization, along with colloquial witnesses that attested at least a six-month cleanse period before any effect was noticeable.

With the shift of Jordan’s vote and my generally-antsy feeling at this seasonal shift, I’m ready to try it.  Maybe not for six months, but if changes are noticed in a mere 5 days (as in Rod’s case), surely a few weeks is a reasonable goal.  Starting today (for better or worse, I didn’t have a croissant or any gluten this morning before my resolution), till the end of October (coincidentally, the anniversary of the day my RA went full tilt), I’m giving up gluten. 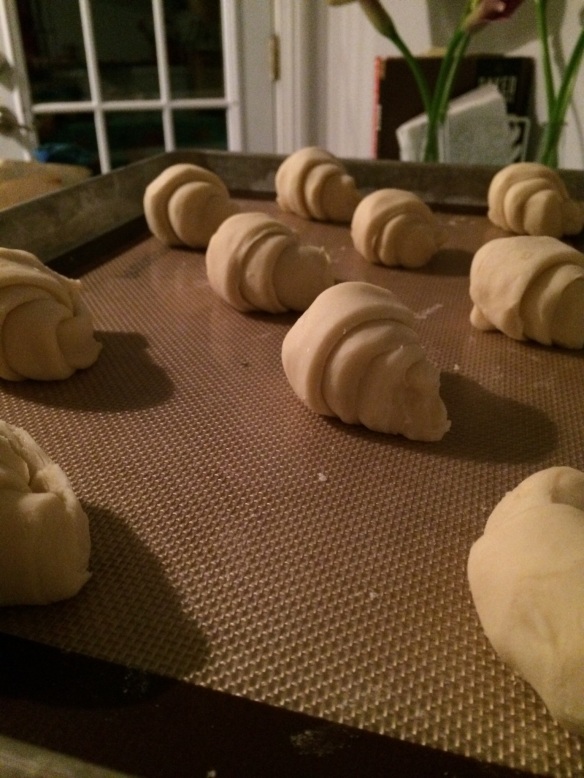 As last November dawned, I remember thinking to myself, “Good lord, where did September and October go?!”  Trinity had hosted the former Archbishop, Lord Carey, I’d started up with the Canterbury College Ministry at USC, launched a monthly Drinks & Discussion, and I turned around, and autumn was gone almost without a mention or moment of reflection.

May this intentional and somewhat terrifying commitment demand a bit more attention to the present this season.

How are you mindful about what you eat and how it affects your general well-being?